You can buy two kinds of stock. All publicly traded companies issue common stock. Some companies also issue preferred stock, which exposes you to somewhat less risk of losing money, but also provides less potential for total return. Your total return includes any income you receive from an investment plus any change in its value. 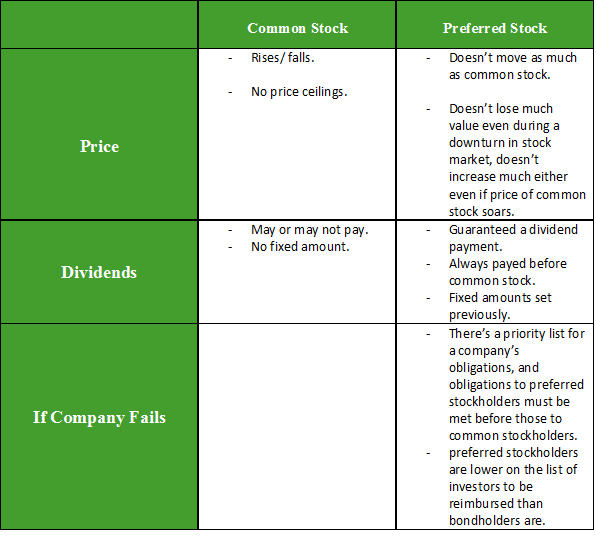 In addition to the choice of common or preferred stock, certain companies may offer a choice of publicly traded share classes, typically designated by letters of the alphabet—often A and B.

For example, a company may offer a separate class of stock for one of its divisions which itself was perhaps a well-known, formerly independent company that has been acquired. In other cases, a company may issue different share classes that trade at different prices and have different dividend policies.

When a company has dual share classes, though, it’s more common for one share class to be publicly traded and the other to be nontraded. Nontraded shares are generally reserved for company founders or current management. There are often restrictions on selling these shares, and they tend to have what’s known as super voting power. This makes it possible for insiders to own less than half of the total shares of a company but control the outcome of issues that are put to a shareholder vote, such as a decision to sell the company.